From InPrint research and our discussions, most recently at CCE, it is clear that there is a wall of fear that exists within the converting industry which is slowing progress for inkjet. And this is mostly built out of misunderstanding and misinformation. Inkjet can, and will, play a larger role in packaging production. And those that prepare now for its integration will win in the future. This blog looks at the challenges and perhaps what needs to change in order for adoption to accelerate and was inspired by a visit to CCE in Munich last week.

What is slowing inkjet adoption for packaging? Fear.

Suzy Kassem said that “Fear kills more dreams than failure ever will”.*

Printing on Cardboard Boxes: An Inkjet future for Corrugated Substrates

It is true that fear can dictate much of our behavior. We are brought up as children to be aware of fear. To fear bad people, to fear the unknown, and the unproven. Child tales often talk of evil, of overcoming adversity and then living happily ever after. Fear is a prevalent factor in today’s world, as media keeps informing us that we live in turbulent times and so on. Fear sells newspapers, increases viewer figures and the world’s obsession with fear becomes ever stronger.

But what use is fear?

Fear is a vital response to physical and emotional danger—if we didn’t feel it, we couldn’t protect ourselves from legitimate threats. But often we fear situations that are far from life-or-death, and thus hang back for no good reason. Traumas or bad experiences can trigger a fear response within us that is hard to quell.

Rethink how you ink

As this definition suggests, the problem with fear is that it is too often triggered when it should not be. The ‘fight or flight’ emotion is not helpful when we are not in a life-threatening situation. We need to be able to move beyond a feeling of not being in control, to pushing ourselves to learn new things. This is the essence of growth and progress.

And converters should be interested in digital technologies. Particularly so as automation, digitization and ‘Industry 4.0’ is a relentless trend. Perhaps an even more pressing trend is the fact that retail is in a state of radical change. For example, Amazon have a store in Seattle, called Amazon Go where you simply walk in, take what you want, and leave. No queues, no sales staff, so no interface with people required. Added to that, their Drone delivery service is being trialled in Cambridge and California.

All this points to the current trend for immediacy, relevancy, and ability access what we want, as soon as possible. This is now a pervading trend in consumer life. Fact. And with the kind of clarity that Amazon possesses with data, customer insight, and buying habits, I would say this much more than a temporary trend.

At CCE in Munich, digital inkjet exhibitors were showing and presenting what can be achieved with digital production.  The picture below gives a really good example of what can be done with inkjet on the FUJIFILM stand at CCE.

Tudor Morgan and I chatted and he explained more about inkjet for packaging for Fujifilm. Its a really useful explanation of the possibilities of inkjet and worth a 2-minute watch. This proves that exhibitions and good storytelling can amplify your story.

From the discussions I had at the show, and from the research that we have done, inkjet is certainly poised to leap the chasm. The pull is coming from retailers, e-tailers, brands and businesses that know they have to use whatever tools they can to both improve responsiveness, flexibility, and relevancy.  The push from technology and the continual improvements is a gradual and unstoppable force. As consumers continue to change their taste and behavior, so packaging isn’t merely functional, it plays a key role in persuasion and branding.

But I think the converting sector generally is fearful of inkjet, not because inkjet is evil or dangerous, but because it presents change. This wall has been constructed in the minds of people who simply would rather not change. If you add into this mix a healthy dose of misunderstanding and a massive gap in knowledge and trust, then the wall in front of inkjet seems to be growing ever larger and stronger.

So how do we overcome the wall of fear?

A wall of any sort might make us feel safe, but it contains, and stifles innovation.

And for innovation. Fear has little part to play. Because it really is a killer of progress and for progress you need innovation.

Unfortunately, innovation is hard. The idea bit, is basically the fun part, the rest is a slog. Period.

But when a market is not adopting something when all of the signals are that it should, there really is only fear to blame. Our view is change, or be changed. The world will not conform to our convenient view of it, so we may as well define it for ourselves.

Why not change now as opposed to being forced to change when the market shifts anyway? Some would rather be a ‘fast follower’ but by being a leader you get seen early as a pioneer, and there is incredible power in that you become the ‘go to’ company in your sector. And this is powerful.

However, the mainstream, would rather not change. They would much rather do the same thing but perhaps with more efficiency or with notional enhancements. Companies can typically spend a lot of energy on tiny incremental improvements, when this is not actually required and the customer does not even notice.

A Einstein said, “doing the same thing over and over again and expecting different results is insanity.”.

Break Through the Wall

Nonetheless, when disruptive technology such as inkjet hits a market, it is almost inevitable that a wall of resistance is erected by the mainstream. Those who feel they stand to gain the least from the change. The challenge is to break through the wall. Many of the OEM’s I talked to explained once one machine is installed and it becomes clear it works and adds value, then a surge of new machine sales tends to take place. The experience suggests this will happen in this sector just as it has done in graphics, textiles, and ceramics.

But this is taking time. Largely I reckon as the expertise required to operate an analog package printing plant is at odds with the new value digital inkjet can create.

All companies and people that excel according to a set of best practice rules tend to resist change. They will compare ink cost, speed, and print quality. All of which will appear to be weaker than the analogue process.

This points to a complete lack of understanding of the unique value proposition of digital. When inkjet entered the graphic production market, screen printers resisted it by saying that the quality was lower, etc etc. Then the market tipped and those who remained saying these kind of things either adopted digital fast to stay in business, or they went out of business.

Sure, graphics and packaging are different. But the consumer and commercial trends are very similar.

Converters do seem to be comparing Apples with Pears. Inkjet and analog are so different that comparing isn’t helpful. It only results in one thing. Nothing. Nada. And doing nothing is hardly a strategy.

By not understanding, or being willing to understand the advantages of digital they are not seeing the opportunity digital can provide. The fact is that digital will add value, it will provide flexibility, dexterity and an option for late-stage customization which brands will really appreciate. In fact, brands and retailers want it. According to our survey, there is a threat to converters not wanting to adopt at all. In that, the brands will integrate the capacity themselves, particularly if they cannot get it from their existing suppliers.

Digital inkjet, according to all of our surveys, in most sectors left which it has yet to enter, is reckoned to be an additional, but not a replacement technology. And packaging is no exception. So comparing ink cost, production speed and print quality with analog doesn’t make sense. When you have a functional vehicle that has a utilitarian purpose and you compare it with a sports car which is used only for specific leisure purposes, of course, the cost, and virtually all of the measurables will seem at opposing ends of the spectrum. And so they should be, as the point, purpose and the value of the machine is entirely different.

Digital is coming and has already arrived in the corrugated sector. But this wall is understandable.

The corrugated sector itself has seen heavy consolidation, which accelerated after 2008. As a conservative sector, and like many traditional segments it has a strong paradigm. A paradigm is a way of thinking, it could be termed a culture I suppose. Over the years, the emphasis has been on improving production and this was amplified after the recession. Better, faster, cheaper.

So to challenge this is going to hit a wall of resistance. Some people have even suggested to me that people are actually interested but this is driven by fear, not inspiration. In fact, some believe that information is only sought in order to build a case for not taking on inkjet. And this is rather flummoxing.

An analog culture of production has been built up and reinforced over many generations. My view is that if digital will add new possibilities as opposed to replacing the old, a separate or distinct culture could be created. This may make sense to form it with entirely different people and for that part of the business to have a different focus, different measurables, and aims.

Leaders need to judge this business differently. Because placing the same criteria on a digital production unit will literally kill it dead.

By setting up a distinct production sector, it will disrupt the core business less whilst adding the flexibility to production that will be valued by customers.

As one of the key findings in recent research demonstrates. If the converting market will not take on new technology, the FMCG brand is likely to look at integrating it themselves into their own manufacturing. And being left out of the process marginalizes a company and does not future proof it in any way.

I guess we all have our own ‘walls of fear’  attached to certain things. Personally, I like change, but it’s still a challenge. But the best option has to be to move with it as opposed to fighting against it. Surely??

*Taken from a discussion with Sean Moloney of Sun Automation at CCE last week.

This post originally appeared in the Industrial Printing Blog . 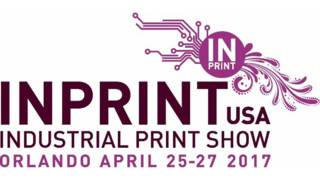 Kao Collins will be at InPrint USA in Orlando, FL this month.
For information, visit the InPrint USA website. 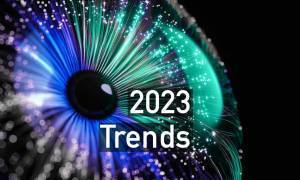 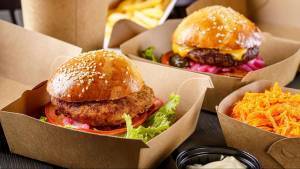 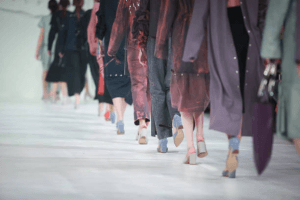 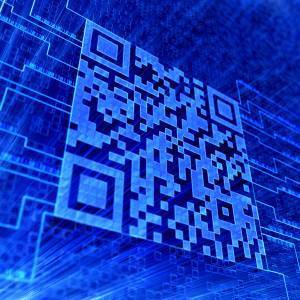 How to Optimize Waveforms for Optimal Printing Performance

Learn More about How to Optimize Waveforms for Optimal Printing Performance 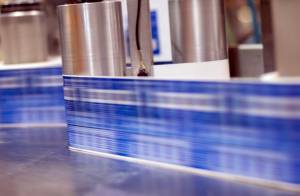 How to do Ink Adhesion and Abrasion Testing

Learn More about How to do Ink Adhesion and Abrasion Testing